What marathon training has taught me about my big toes….and other things 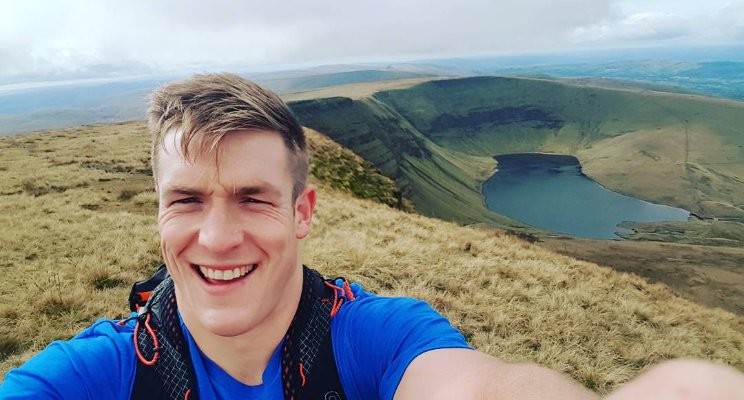 Next weekend I’ll be participating in the 50th annual Original Mountain Marathon. An extreme two-day race, The OMM was started in 1968 by Gerry Charnley to combine fell running, orienteering, hill walking, trail running and an overnight wild camp. With an ethos of self-reliance and endurance, competitors are at the mercy of the elements…and their own decisions, check out the trailer video here.

Now I’ve never been a huge runner, I come from a rugby playing background where players run a few kilometres a game maximum, with the longest I’d ever actually run outside of a rugby pitch being 10km, usually in a lot of pain, primarily in my lower back. Having had to stop rugby because of concussion and tired of the mundaneness of the gym I decided I needed a new challenge. So what better than a 65km run, through the ‘hills’ of the Lake District with a mere 3,000m of ascent. Chuck in an overnight camp and carrying your own kit and supplies and I had the challenge I was after. Some three and a half months later, and well over 400km of training under my belt, I’m under two weeks away from the big day and have learnt a huge amount about running, myself and my big toes (yes really).

Pre-hab rather than re-hab

One of the first things I heard when I signed up for the OMM was to watch out for the various ‘runner’s injuries’ including the dreaded plantar fasciitis. Being a tin-man of a human, but actively working on moving better, I was a little fearful of my body breaking down. At the time I was reading Christopher McDougall’s epic book ‘Born to Run’ and inspired partly by the book, partly by an increased interest in the world of movement and partly by a persuasive, barefoot-fanatic girlfriend I invested in the frequently-mocked barefoot running shoes. A pair of Vivo Barefoot trail shoes, mega grippy, minimal cushioning but super foot-friendly.

But these aren’t the sorts of shoes you can just slip on and start running the mega miles in straight away. Years of wearing modern footwear meant my feet and all the tiny muscles in them had gotten lazy, never having to work a day in their lives. Someone once likened wearing modern shoes to strapping your hands in boxing gloves from a young age and still expecting to have fully functioning phalanges. Upon further inspection my feet were in terrible shape, my big toe, which is your body's pivot and anchor, was barely moveable, like a limpet clamped hard to the floor. As for the rest of my toes it appeared they had separation anxiety from each other.

Strong and straight big toes with weight distributed efficiently along them is crucial to healthy natural movement. Your big toes are 4 times as thick and dense as your other toes and were designed to take a beating and be ‘used’ & ‘abused'. Somebody who has never worn a modern shoe would naturally distribute their weight through their big toes whilst standing, walking and running. However, wearing cramped shoes with a lifted toe and too much sitting allows the big toes to get weak. Healthy big toe function has great benefits all the way back up the kinetic chain (ankles, hips & back).

And so began an intensive period of daily big toe stretching, re-moulding, mobilizing my toes and feet in a bid to get them moving along with various other whacky exercises including trying to pick various objects up with my feet and sleeping with toe separators usually reserved for painting nails (see left). All of this meant my feet were finally ready for barefoot running. At first it was a weird sensation, I could literally feel everything under my feet as I ran and my feet had to work as I plodded along. But miraculously the back pain, which had sub-consciously made me fear longer distance running in the past, had disappeared completely! And touch wood I haven’t had a running related injury during my training at all. Lesson 1 - prime your body for the battering you put it through rather than scrambling to fix it once it breaks down.

Mental toughness and time to think

Marathon training is long, often lonely and fairly monotonous. However there is something to be said for the mental toughness it takes to carry out this training and I strongly believe this translates into other areas of your life. Joe Rogan recently spoke on his podcast about how mental toughness and hard training require a certain amount of intellect and brain-power and it’s not just brute force required. There were many times into my long runs when I was hating life and wanted to hail an Uber back home (while I still could in London). But I didn’t and there is definitely something needed mentally to complete a tough training session, regardless of whether that’s running, yoga, swimming or however else you choose to torture yourself. By not quitting on your session you not only get the huge physical benefits but also the cognitive ones too. Knowing that you can complete tasks even when they get really, really tough helps with future training but also reflects into other areas of your life and combats your well for the inevitable rigours to come.

Off the back of a recommendation from a friend who had recently completed an Iron Man I decided to do the majority of my runs sans headphones (that and the fact my Bluetooth headphones had recently died on me made it an easier decision). I thought I might struggle not having anything to distract my weird little mind, but in actual fact I began to enjoy the hours I had to mull over new ideas for MobFit or just simply to think of...nothing. Just to relax and enjoy. Something my busy mind has not excelled at in the past! Lesson 2 – if you can complete a 4 hour run up and down hills with your legs screaming, the challenges you face on a day to day basis suddenly don’t seem quite as tough. And sometimes silence and no distractions can actually be the best thing to reach that big decision, give your brain some time to switch off once in a while.

Cardio and weights CAN co-exist

Many weight lifters are of the opinion that doing any form of cardio will ruin their ‘gains’. But new research from a group of Swedish scientists indicated in actual fact cardio training can “elicit greater muscle hypertrophy than resistance exercise alone”. These findings, along with the work of my new insta-crush Ross Edgley (picture above, who ran 30 marathons in 30 days earlier this year, while still maintaining that physique) were enough to peak my interest. From a personal, anecdotal point of view I have lost a small amount of weight, around 3-4 kilos but this has mainly been body fat, not muscle mass and my diet has been solid throughout. Alongside my running I have also been doing a few weights sessions a week and have actually set new personal bests in both the clean & jerk and snatch during the time I’ve been training for the OMM. Both of these exercises are explosive movements and almost the polar opposite of slow, steady-state running. If you’re interested in the a bit more of the science behind the new-found symbiosis of cardio and weights Ross explains it nicely in this article. Lesson 3 – cardio is not the enemy when it comes to the weights room.

Following a plan keeps you accountable and on track

As with all things I knew that a proper training plan that gradually increased in intensity and then tapered off nearer the event was required in order to get the full benefit from training and ensure I peaked at the right time. By also having something physical in front of me it was another visual reminder that I couldn’t skip sessions. I had certain types of runs (hills, intervals and tempo) and miles to tick off each week, but also if I had to move a session around I knew where I needed to pick up from straight away. By having training planned out in advance it meant I knew what I had to do and when I had to do it which meant less time wasted on trying to come up with sessions on the fly. This also translates to your regular weight training, your work environment and life in general. Lesson 4 – build a plan ahead of time, hold yourself accountable with weekly, visual goals (i.e. print the plan off and stick it somewhere you can see everyday) and most importantly execute.

There's often a lot to be gained for training hard for an event or particular goal that extends far beyond the physical. I never thought as a short, squat, non-distance runner that I would take on a challenge like this but it's been amazing, at times very tough and I've gotten more out of it than I expected. Stretch yourself with your goals in the office, in the gym, in the outdoors, wherever it may be, but push yourself. And as always, move more!

My hope now is to finish the OMM and try to enjoy it! I will be raising money for charity for this event so if anyone would be so kind as to donate here it would mean a lot, thank you in advance!

BACK TO BLOG HOMEPAGE

PHYSICAL WELLBEING
WELLBEING WORKSHOPS
﻿ABOUT US﻿